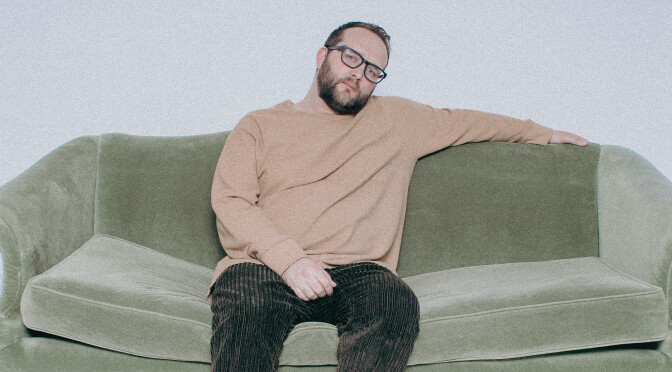 Christopher Michael Jensen has no alias. He lacks a fake persona. His music tackles everyday struggles, relationships, politics, and his own personal demons. His songs are at times self-assured and confrontational, and at others vulnerable and soul-searching. A student of hip hop for more than half his life, C.M.J. began rapping in the year 2000 when he was just 13-years-old. Born and raised in Minneapolis, Minnesota, Jensen spent years honing his skills as an emcee, performing at talent shows and school functions and making homemade CD’s as a teenager. Chris would later go on to tour the United States multiple times and become an extremely active member of the highly renowned Twin Cities music scene, performing at hundreds of concerts and events and getting press and radio play from various publications and stations. Most notably, Jensen was interviewed and featured in Complex for their story about the history and future of Twin Cities rap.

Over the years Chris has shared the stage with many hip hop legends and vets, including Raekwon of the Wu-Tang Clan, Slick Rick, Lizzo, R.A. The Rugged Man, Elzhi, Apathy, Aceyalone, Cage, and Gift Of Gab from Blackalicious. In addition, he has appeared on Serious XM’s Shade 45 network for Sway In The Morning on four separate occasions, rapping in 2014, 2015, 2018, and once more in 2019 for a worldwide audience, garnering praise from the show’s on-air broadcasters. From 2018 to 2020 Chris hosted the long-running Fifth Element Open Mic at the famous Minneapolis record store, as well as co-hosting and curating the popular Local Dope $#%T showcase in St. Paul alongside fellow hip hop artist Uncle T, further helping cultivate and put on for other artists in the MN community.

RapReviews.com called Jensen “among the best rhyme writers that I’ve heard” and “a great example of why Hip Hop never died and never will.” City Pages has noted that “Christopher Michael Jensen’s lyrics have always felt like free association, with an element of poetry to them that’s endeared the Minneapolis rapper to the Twin Cities’ conscious hip-hop fans.” Reviler.org wrote “what’s great about Chris is that with each release, he raps with a bit more confidence, and vocally he raps very conversationally, with almost a cynic twist, which definitely sets him apart,” adding that his music is “a lot more than meets the eye on the surface.”

Always passionate about social awareness, Christopher Michael Jensen has also been heavily involved with many charitable and activist-oriented endeavors. 2012 saw the beginning of “Rap For Life” – a benefit series spearheaded by Jensen and his friend Ashley Seeler that has raised thousands of dollars for many life-or-death causes including suicide prevention, chemical dependency awareness, domestic abuse awareness, mental health, and at-risk youth. Other causes Chris has been a part of include organized musical efforts for racial and economic justice, stopping sexual violence, eating disorder recovery, getting out the vote, children with autism, the homeless, Planned Parenthood, the West African food crisis, ending sex trafficking, the LGBTQ community, medical cannabis, the fight against breast cancer, and more.

With multiple official projects under his belt – including eight solo releases and a project with his group EQs-Men – C.M.J. continues to stay busy, with lots more on the horizon. His latest is Subjective Art For Mass Consumption, Vol. 1, the first in a trilogy of EP’s to be released in the coming months.